Dallas and Fort Worth make up most of the DFW Metroplex, which is why they’re often associated with one another. They’re both very large cities though, so if we were to pick, which one’s better?

Dallas is the overall better city to live in. It’s got a bigger land area, education, and nightlife.

However, Fort Worth is cheaper to live in, less dense, and has less crime.

Dallas is better suited for those comfortable with city life, while Fort Worth is more for rural-loving residents.

A general overview won’t do any of these great cities justice, so let’s get into the specifics! But first, here are more details about how the two cities compare.

The Cost of Living in Dallas vs. Fort Worth

Dallas has a higher cost of living than Fort Worth. All in all, Dallas residents pay an average of $3,288 a month while Fort Worth’s pay $3,011.

Here’s a better view of how the two cities’ costs of living compare.

Crime Rate in Dallas vs. Fort Worth

However, both cities’ crime rates are well above the state and national indices, which are 27.12 and 23 respectively.

Most of Fort Worth’s crimes are property crimes. It experiences an average of 27.86 crimes per 1,000 residents or a total of 25,440 reports per year.

Meanwhile, the city experiences an average of 5.47 violent crimes per 1,000 residents, or a total of 5,030 reports per year.

Similarly in Dallas, property crimes form the majority of its reports. It experiences an average of 36.51 per 1,000 residents or a total of 47,626 reports a year.

To give you a better look, here are the individual crime statistics for both Dallas and Fort Worth from the Texas Department of Public Safety.

Education in Dallas vs Fort Worth

Dallas’ schools outperform Fort Worth’s from preschool up to college. There are also more schools to choose from, but the caveat is that Dallas’ tuition is generally much more expensive.

For preschools, The Private School Review ranks eight Dallas schools among the best in Texas while Fort Worth has just one. The average tuition for Dallas preschools is $11,278 though, while Fort Worth’s is just $8,029.

Moving on to the university level, Dallas schools outperform and outnumber Fort Worth. Dallas has a total of nine universities to choose from while Fort Worth only has three.

For a better overview of how the two cities’ education compares, check out this table below.

Nightlife in Dallas vs. Fort Worth

Dallas has more clubs and bigger crowds than Fort Worth, and a large reason for this is how dense the cities in it are.

Dallas is more crowded than Fort Worth, meaning there are more bars, clubs, and bigger crowds. Dallas has a total of 133 clubs, while Fort Worth just has 54.

Fort Worth’s nightlife attracts a more laid-back crowd because there aren’t that many nightclubs to choose from.

In addition to the lack of choices, these clubs are all spread out so there’s no centralized party area in the city. If you plan to go bar or club-hopping, Dallas is much better.

Dallas’ nightlife is known for its high-end venues and exclusive clubs, particularly in the Downtown and Deep Ellum neighborhoods. You’ll find streets lined up with bars and clubs.

As a bonus, there are plenty of live music venues in the Big D — 200, to be exact. These venues often feature indie R&B artists but also hold open-mic nights.

On the other hand, Fort Worth gives more “cowboy” vibes, especially in the Stockyards District. This district is filled with saloons, rodeos, and Billy Bob’s — the world’s largest honky-tonk.

Outside of the Stockyards though, you won’t find as many clubs as you would in Dallas.

Population of Dallas vs. Fort Worth

Dallas has a bigger population than Fort Worth, but its growth rate is lagging behind by 1.06%.

While Dallas has a bigger population, Fort Worth has a higher growth rate. Dallas’ growth rate in 2022 was just 0.8%, while Fort Worth’s was 1.86%.

Here’s an overview of how Dallas and Fort Worth’s populations compare.

Is Dallas larger than Fort Worth?

Living in Dallas has its pros, specifically its great economy, developed neighborhoods, and abundance of healthcare facilities.

Dallas is known for having a booming economy. It is home to 22 Fortune 500 and 43 Fortune 1000 companies such as Texas Instruments, AT&T, Goldman Sachs, and Microsoft.

The abundance of big-name companies has led to a strong job market, meaning there are jobs for everyone. Dallas has an unemployment rate of 3.5%, which is among the lowest in the country.

Dallas also has a variety of developed neighborhoods, with each being self-sufficient. These neighborhoods are clusters of homes, businesses, restaurants, public spaces and buildings, hospitals, and schools.

The city also has a strong cultural presence, with museums, galleries, and other attractions to explore. It’s also ranked 4th among the most diverse cities in the country, making this an excellent city for all demographics.

Finally, Dallas is known for its abundance of hospitals. This is great news for those looking for quality health care, as Dallas has a total of 44 hospitals scattered throughout the city.

Living in Fort Worth: Pros

Living in Fort Worth is perfect for anyone who wants to experience the culture, entertainment, and attractions of a major metropolitan area.

The city is home to several major employers and educational institutions, making it a great choice for anyone looking for a place to live and work.

It’s an affordable city. Compared to other major metros, Fort Worth offers very affordable housing and cost of living. This means you can have a comfortable lifestyle without breaking the bank.

It’s a great place to raise a family too. The city has tons of parks and recreation areas as well as a low crime rate.

Traffic isn’t so bad either, at least compared to Dallas. Roads in Fort Worth are less congested than in its neighboring city, but public transportation isn’t as good.

The cons of living in Dallas are that residents have to deal with congested roads, high pollution, and a high crime rate.

Being a highly urbanized city, Dallas is set up as the 16th most polluted city in the US.

Dallas is notorious for its traffic and long commute times. The average commute time in Dallas is 28.4 minutes, which is slightly higher than the national average of 25 minutes.

Dallas also experiences at least 96 vehicular accidents a day, which can greatly extend your travel time.

The city is pretty dangerous to be in too. As of 2022, Dallas has a total crime index that is nearly double the national average.

Dallas’ crime index is 45.35, while the national average is 23. If it’s any consolation, most of these are non-violent crimes.

Living in Fort Worth: Cons

The cons of living in Fort Worth are its school system, public transportation, and the fact that it’s still an urbanizing city.

Fort Worth is still developing itself, meaning there are construction sites on every corner. These sometimes cause road blockages and also ruin the beauty of the city.

The Texas Education Agency gave it a C for 2022, and it’s been C-ranked for several years — the TEA’s lowest rank for listed schools.

TEA rankings are based on student progress, using metrics such as STAAR performance, graduation rates, and English language proficiency.

In addition to Fort Worth’s lackluster schooling, public transportation also lacks in some areas. Bus and rail routes don’t cover all of Fort Worth, making it hard to get around without a car. 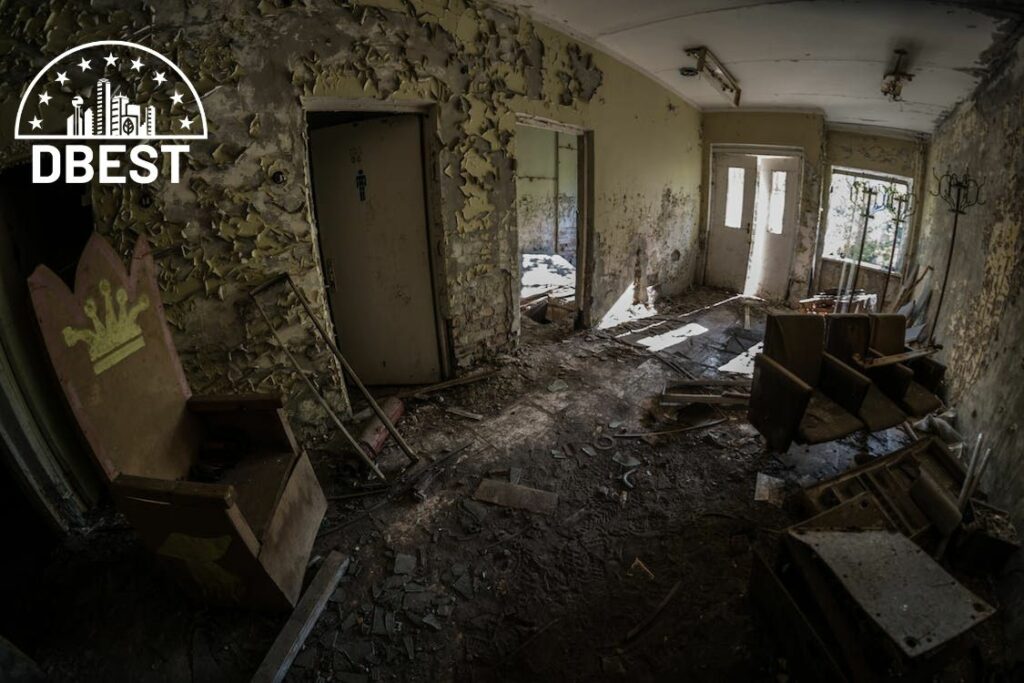 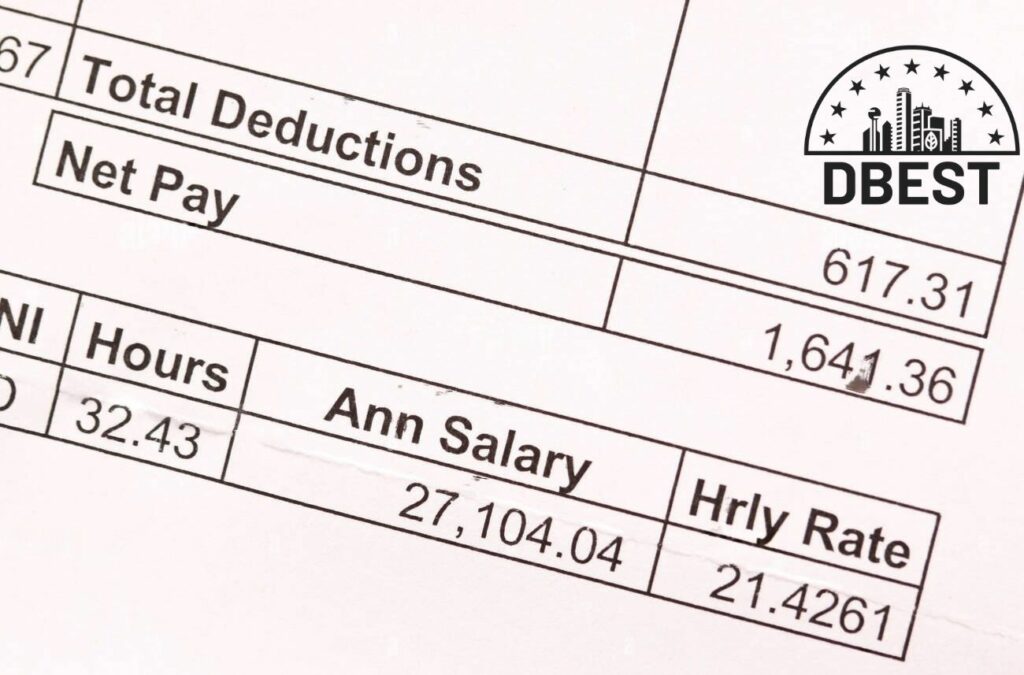 What is a good salary in Dallas? 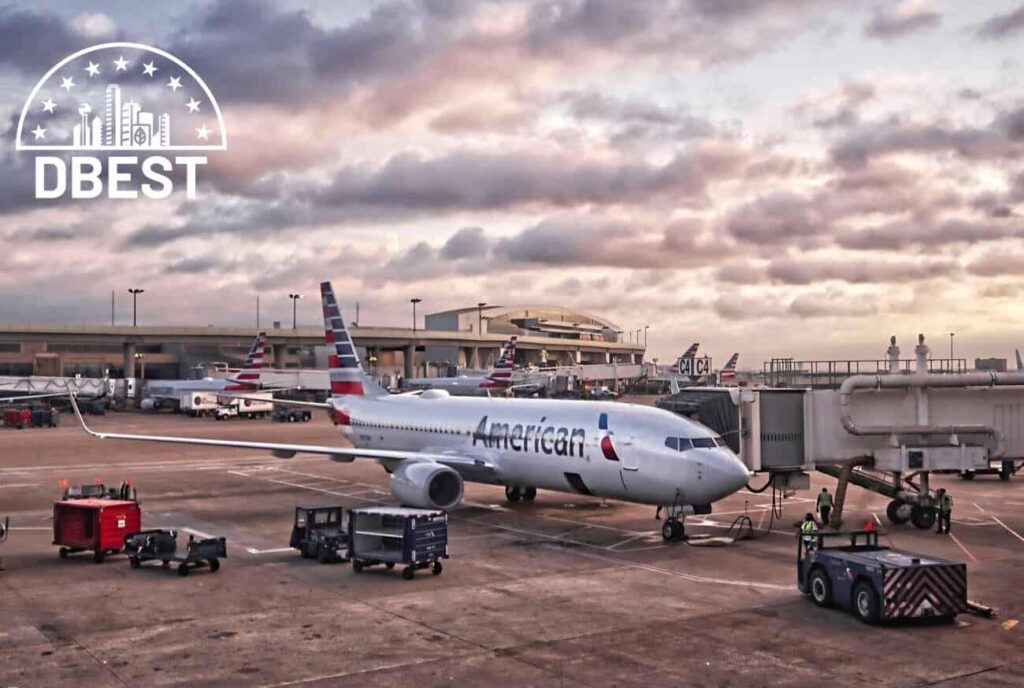 Dallas Airports: Which is Better? 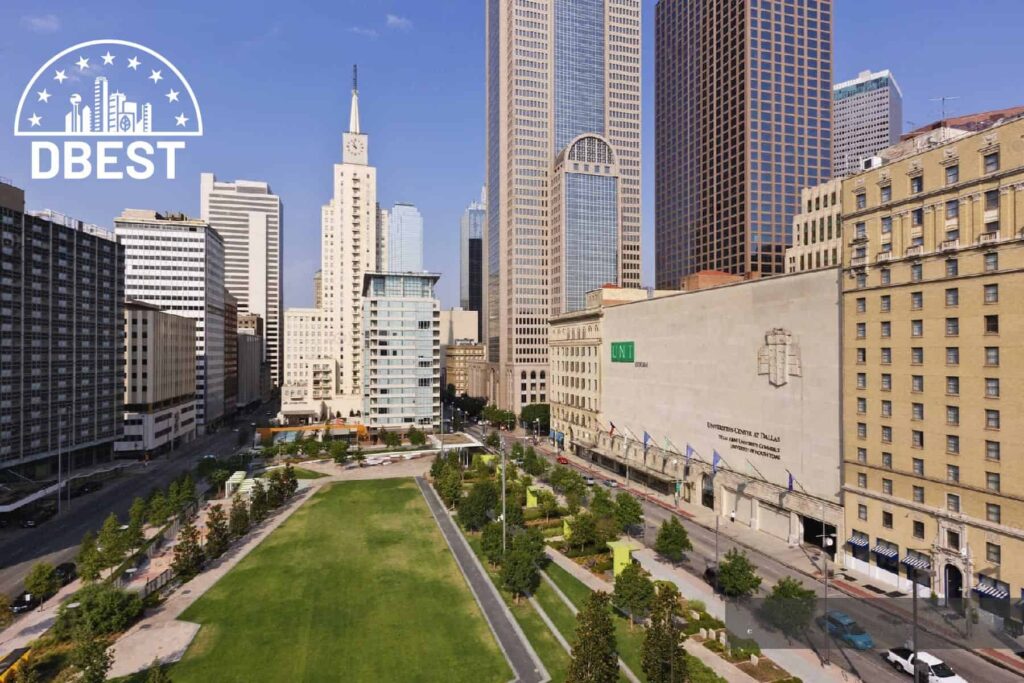 Why is Dallas called the Big D? 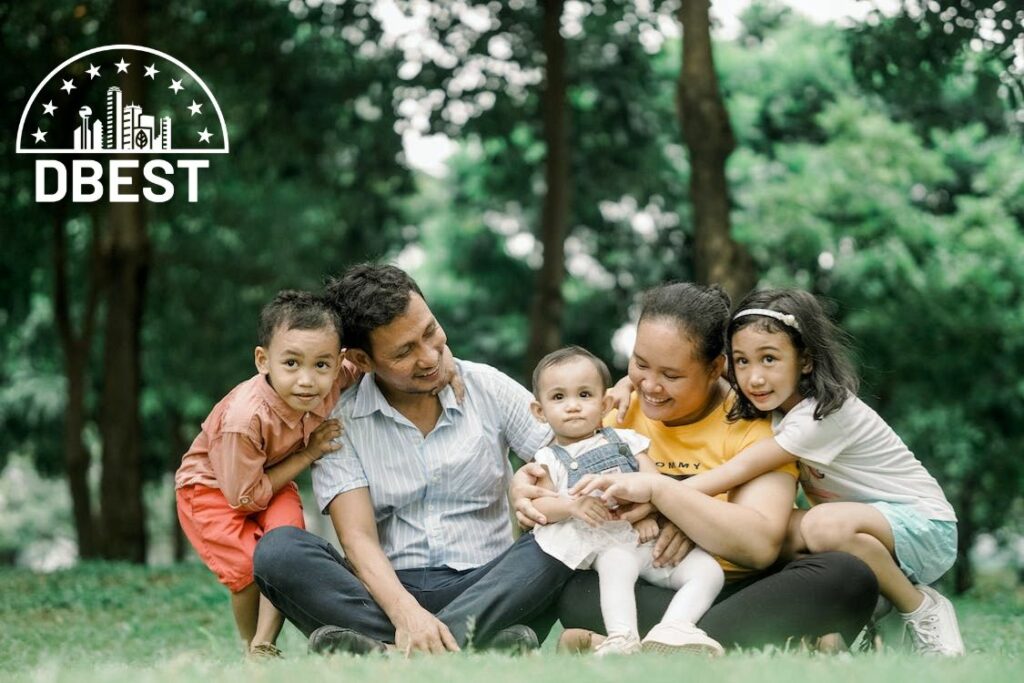 Is Dallas a good place to raise a family? 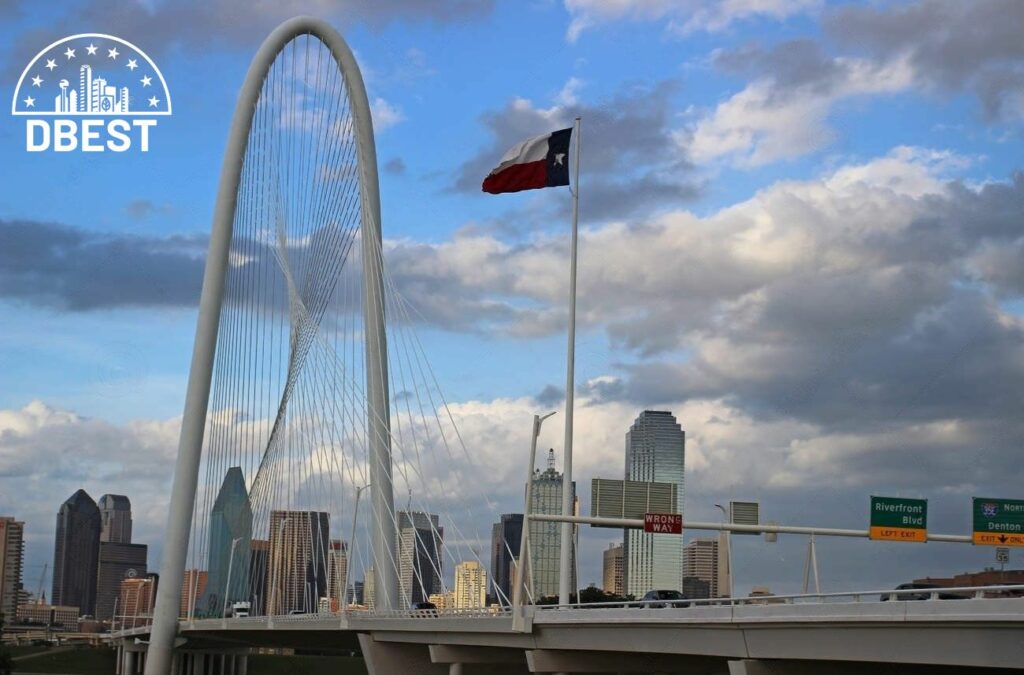